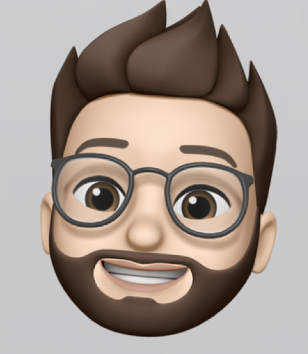 ‘Recently’ Cisco changed the CCNP track quite a lot. In the past it was composed of vertical colums so to say with Routing, Switching and Tshoot as seperated colums. This had the advantage that you could focus on pure Routing and pure Switching and no need to worry about bringing many different knowledge into the exam. To recertify you needed to pass one of the colums to pass and extend the certification for another three years.

That is no longer the case, instead of being vertical it is now horizontal. Meaning you need to bring a lot of broad knowledge to the table to be able to do the exam. There are many topics being passed and I will try to write some words about the topics. In order they are:

But first I want to tell something about the changed world.

So as said the world is changing, and it is changing rapidly. We all can see and know that. But that goes for networks as well. When I started working (back in the dino days.. 2001) the world was rather easy. There were a few switches and a few routers and the network was logically devided. ACL’s where in place to protect things and life was good. We could “easily” oversee things and manually update them and everyone was mostly happy.

But then things changed, things like Virtual Machines started to appear, networks grew, demand grew. Wireless networks were introduced, people could connect from everywhere, with every device. No one is willing to connect to a cable anymore and our servers are placed everywhere and could live in Datacenter A, B, C or D. Automation appeared, we could spin up machines and configurations when needed and automatically deploy them. If there is need for more machines or facilities the cloud can auto scale and do magic things. That basically asks for connectivity that is all over. And if you move from location A to B, or a machine gets live migrated it still needs the same connectivity and be reachable on the same addressing. This is where SDN comes in.

The network is still build from routers and switches, but that is just a transport layer in the SDN world. SDN provides an overlay network, which in my view is organic and grows and shrinks where needed, but moves with devices and users. A user is no longer bound to an IP address, but instead is an object in the network which can live everywhere. As long as the user is reachable, the same connectivity is possible. The same goes for servers, as long as the server is reachable it doesn’t matter where the device lives. As long as the overlay network can find it, it works. If a wireless devices ‘roams’ (moves between access points) it doesn’t matter if that is in building a or b, smart setups tunnel the traffic to the proper controller and process it.

Cisco created SD-WAN, SD-Access and uses VXLAN with VNI and VNID extensively for this purpose. It is a large piece of the CCNP ENCOR exam. You need to know what the previous terms are and how they are build and communicate.

In the previous incarnations of the CCNP exam, I never had much to do with WiFi networks or hardware like WLC’s. But people dont want cables anymore, they want quicker and better WiFi and get the best experience without that annoying cable that is always to short or limited in movement. So CCNP grew WiFi topics. But as Administrator you want it to be practical as well, so you connect it to the SD-fabric. You also need to pick the right antenna and need to understand what kind of interference you have and what all those magic numbers mean in the statistics and/or WLC. You need to study Wireless well!

I first assumed that this was a programming language, but is also a router locator/node locator protocol. Since devices can roam on multiple places and cross (in legacy thinking) boundaries, the network needs to know where to find an object. The LISP set of protocols and functions come into play to quicky find an EID and redirect traffic to the proper place. Or use border nodes / gateways to communicate to and from external networks.

So who knew that a scripting or programming language (lets not start the debate on what it is!) was going to be part of the CCNP exam? I didn’t and there it was. You need to be able to query data from REST API’s and such and be able to understand how to handle them. That includes understanding JSON and how to handle it. You can use the postman application to test api’s and such and generate pythoncode for you, but you will need to understand them all for the ENCOR exam.

This is the part that I first learned with CCNP, there are still topics like STP, VLAN, VTP, EtherChannel, BGP, OSPF, EIGRP, HSRP, VRRP, GLBP, IPv6, IPv4, NAT, Multicast. Eventhough it isn’t as focussed as the Routing and Switching exams of the past, you still need to have solid understanding about them.

As you can see, the topics grew and got broader, many new techniques are being asked and you will need solid understanding of the above. You also need to know about some security applications like Umbrella and Stealthwatch, but the above topics are the largest I think.

If you want to discuss this with me, have ideas or disagree, just email me at webmaster a.t. evilcoder.org